For All Mothers on Mother’s Day

Mother’s Day honors motherhood in the United States and at least 30 other countries. The word that comes to mind when I think about motherhood is love, although the feelings that one conjures up are quite complex. 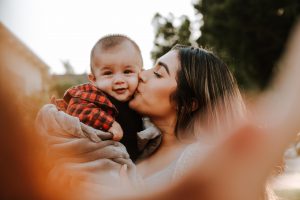 Nobody loves their children more than a mother, and perhaps especially a new mother who is nurturing her baby with her own milk, rich in nutrients and infection-preventing antibodies. The bond between mother and infant that begins with the first offering of food is powerful and lasting.

For many moms, breastfeeding come naturally and is instinctive. However, as the child grows and begins to eat adult food, instinct and love are not sufficient for even a loving mom to feed her child a healthful diet.

Motherhood is complex and so is child-rearing, especially when children taste sugary, salty and fatty foods, leading to almost instant addiction. Moms love to please their little ones with food that bring smiles to their faces or placates temper tantrums. Soon, food becomes a metaphor for love. Perversely, the powerful food industry aims their alluring and effective advertisements for unhealthy and addicting food directly at children, who innocently take to heart kid-friendly advertisements while watching their favorite shows. Moms are pressured to buy the junk food to keep their sanity when the children demand their favorites.

Unfortunately, after a few years of giving in to a child’s desire for sugary, salty, habit-forming foods, the child is addicted. The busy mom, unaware of the seeds of obesity that are being planted, continues with what seems to be working…and which, due to constant advertising, also seems to be normal.

In the 1960s, the sugar industry played a dirty trick on all of us when they paid Harvard researchers $50,000 apiece to play down the link between sugar and heart disease and promote saturated fat as the culprit instead. We now know that sugar, corn products, and other refined carbohydrates are behind the obesity epidemic that is resulting in childhood obesity, diabetes, cardiovascular disease and kidney failure.

According to the Centers for Disease Control, 68 percent of American adults are overweight or obese. More alarming is the fact that our children are approaching the same frightening numbers. We are seeing adult onset diabetes in children as young as four years old! This is the very definition of an oxy-moron. Adult onset, or Type 2, diabetes is the greatest cause of kidney failure on the planet! In addition, obesity is linked to hypertension, a variable that causes kidney disease to accelerate and also contributes to cardiovascular disease, arthritis, fatty liver and cirrhosis, cancer, and end stage renal disease. Moreover, the complications of obesity-related (Type 2) diabetes occur much sooner and seem to be more severe than those associated with Type 1 diabetes, which is genetically induced.

In recent years, many mothers have grown to understand this issue, but more remain in the dark. As a result, childhood obesity is on the rise, setting a generation of children on the road to life-threatening disease.

On Mother’s Day, I want to share a true story about the power of mothers who, when informed about the clear and present danger to their children, were able to mobilize, quickly learn how to protect their family, and spring into action. 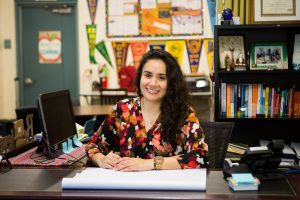 One group of people at greater risk of obesity, adult-onset diabetes, and kidney failure than the general population, is Latinos. Although all children who become obese are more vulnerable to developing diabetes and kidney failure, I have firsthand experience working with Latina moms who came together to improve the lifestyle of their children.

Twenty years ago I founded a nonprofit whose primary mission was to create a comprehensive program to reduce childhood obesity in the Latino community in Santa Barbara, California. We targeted the Franklin Elementary School, which had a 99% Latino student population. Shockingly, 62% of the school’s kindergarteners were either overweight or obese.

We planted an on-campus garden to grow fruits and vegetables, promoted exercise, taught nutrition in the classroom, removed soda machines from the school, and created a group of moms to become Promotoras de salud, or health promoters. We informed these moms, who were natural leaders in the community, about the serious health issues posed by high-calorie junk foods and sedentary behavior. Armed with this information, these moms literally became “tiger moms,” enraged by the unethical advertisements aimed at their children simply to make a profit—at the expense of their children’s health. 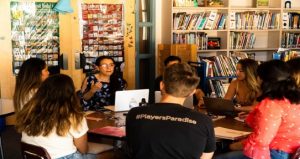 The moms learned to read labels and eliminated foods laden with carbohydrates. They kept traditional foods in their diets, but included more fruits and vegetables. Soda was banned in the home. Healthy fats, such as olive oil and avocado oil, were substituted for animal fat. We emphasized portion size, the concept of reducing calorie intake, as well as the need to move—preferably, as a family—to burn excessive calories. These moms then walked with other parents in the community, teaching the same lessons and explaining how, if utilized, they would protect their children. We built a gym on campus and many women from the community came to the school to exercise so that their children could see their role models in action. The promotoras led cooking classes, teaching the children ways to prepare the food they had grown and harvested from their own gardens into delicious and healthful meals.

Thanks to their success at reducing the BMI (body mass index) of the student population, Blue Cross/Blue Shield awarded the school a $100,000 gym, which is utilized by students, faculty and members of the community. As a token of his appreciation for this Mom power, the Governor of California presented the school with a gold medal for its efforts to improve the health of its students. I provide more details about the success of these moms in my book, Surviving Kidney Disease: True Stories of Love, Courage, Hope and Heroism…and a Roadmap to Prevention.

I have the deepest respect for these moms—and all moms everywhere—who will do whatever it takes to protect their children once armed with information. Friedrich Nietzsche nailed it when he said that, with a compelling why, a human being can overcome any obstacle to find the how. These loving, caring and proactive moms continue their work to raise awareness and support their children in the pursuit of good health at Franklin School. I applaud all moms everywhere who are doing the same.